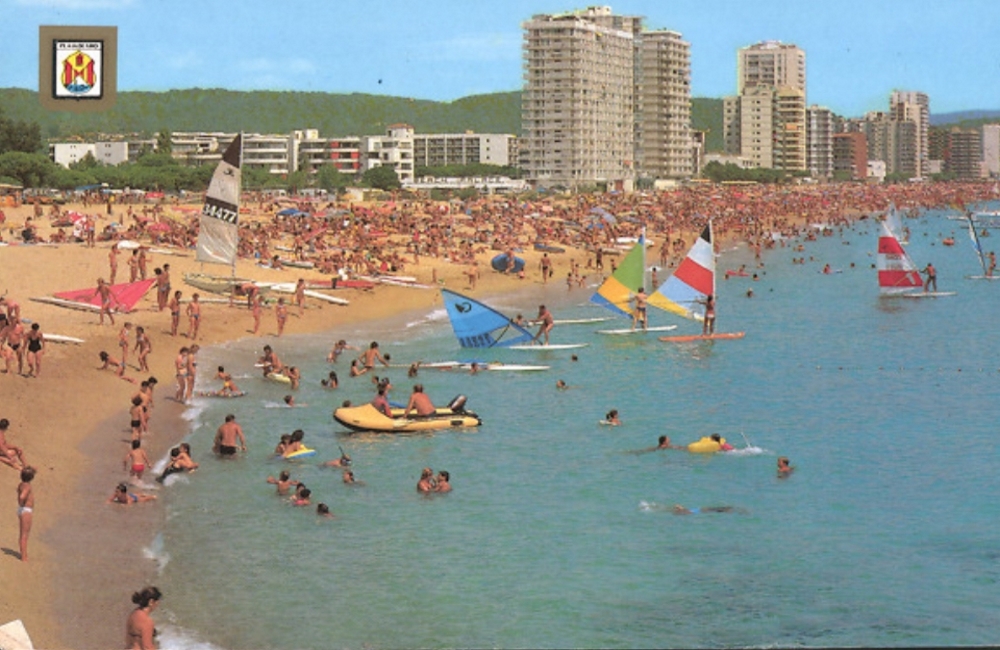 The first populations in the Pinell area date from 2500 BC, within the Neolithic period. As a witness, a dozen grave graves remain from this period. Around 2000 BC towards the end of the Neolithic and during the Chalcolithic, human groups are established in the mountains of Vallvanera and Treumal. As witnesses to its presence, we find several megalithic monuments: Menhires de Vallvanera, Bell Term, Mas Ros and Dolmen Cueva de los Moros.

The main witness of the Romans’ stay to these places is the Villa de Pla de Palol, which It dates between the 1st and 4th centuries BC. It would have occupied an area of ​​10,000 m2, an important part of which were courtyards and unbuilt spaces. The village worked the land, agriculture and the cultivation of the vine, like clay for the manufacture of ceramics. The products obtained would be exported by sea thanks to the natural port in Cala Rovira.

The first documentary reference of Fanals de Munt (name originally from Playa de Aro) it appears in 968. It is the precept of King Lotario, confirming Sunyer as abbot of the monastery of Sant Feliu de Guíxols, as well as his possessions, among which are Fanals and his church.

Benedormiens Castle, origin of the town of Castell d ‘Aro, is documented for the first time in 1041, when the religious authorities, knights and noblemen of the territory give the monastery of Sant Feliu de Guíxols the custody of the castle, with the obligation to protect the entire Aro Valley in time of war, whose Lanterns are an important part.

Villages of the Aro Valley dated 1858, when after being part of a single municipality for centuries, they separated in Santa Cristina de Aro, Solius, Romanyà, Bell -place, Castell d’Aro and Lanterns of Aro. This is the birth of the two current villas, Santa Cristina d’Aro and Castillo de Aro.

The second half of the 19th century, the City Hall Act of 1843, shakes local life as it establishes a centralized municipal model, for the benefit of landowners With higher incomes. In the elections of 1869, the federal and republican character of Empordà and Fanals is evident. What responds to the suspension of constitutional guarantees and the disarmament action of the popular militia, dictated by the Government, the federals are raised and the inhabitants of Fanals support them, participating in the so-called Fire of the Bisbal, where they face the governmental forces.

Jose Ensesa and Gubert in 1923, takes firm the promise of his father to deliver a plot in S’Agaró to the first son to build. Thus arises the emblematic house White Sign (1924). The architect Rafael Masó, of great artistic sensibility, enthusiastically collects the ambitious project of the Ensesa to build a residential city and make S’Agaró a small Catalan town integrated into the environment. New constructions are developed: the luxurious Hotel Monumental, the Baños de Sant Pol and the Hostal de la Gavina. S’Agaró becomes a meeting point for artists, theater and politicians. Successful dinners, dances, sports and nautical meetings are held, truncated with the Spanish civil conflict.

Simultaneously, although during the first years of the twentieth century, the current Playa Grande is completely virgin, without building height, the first established houses arrive on the plain, far from the Fanals neighborhood of Munt.From the second decade of the twentieth century, tourism development begins, but it is not until after the Spanish civil conflict that the first tourist establishments do not appear that, together with the second-residence chalets already existing in the Pineda de en Bas, They foster a growing summer colony.

The definitive tourist development takes place with the change of name of Fanals de Munt for that of Playa de Aro (1962), the change of capital and the Town Hall of the historic and interior of Castell d’Aro in Aro Beach (1962). It also coincides with the first major tourist promotion campaign of international scope. Love is cited in Playa de Aro (1964), which gives 50 couples to spend a week in the town, commemorating their 25th their silver wedding, and the other 25 their Recent wedding In 1970 the City Council, owner of Benedorm Castle.

In 1978 the Carnival festivities are restarted, and a year later the first City Council of the new democracy is constituted, chaired by Ramiro Pons. In 1983, the General Urban Planning Plan enters into force, which is vital for the future urban development of the population. In 1995, the old town of Castell d’Aro, together with the historic urbanization of S’Agaró and its round road, are officially declared a Cultural Asset of National Interest by the Generalitat of Catalonia.
1996, a new high-impact tourism campaign began: Playa de Aro Has Prize, which proposes to look for shells and seashells on the beaches. To the lucky one who finds them get direct prizes and participate in the raffle of a car. In 1997 in Castell d’Aro the Doll Museum is inaugurated, which collects 800 dolls from around the world and from all eras.
The first years of the current 21st century are characterized by the construction or modernization of public facilities, as well as the improvement works of the Benedormiens Castle; and the works of the Camino de Ronda de S’Agaró. It is one of the most important tourist destinations and third residence of the Girona regions.