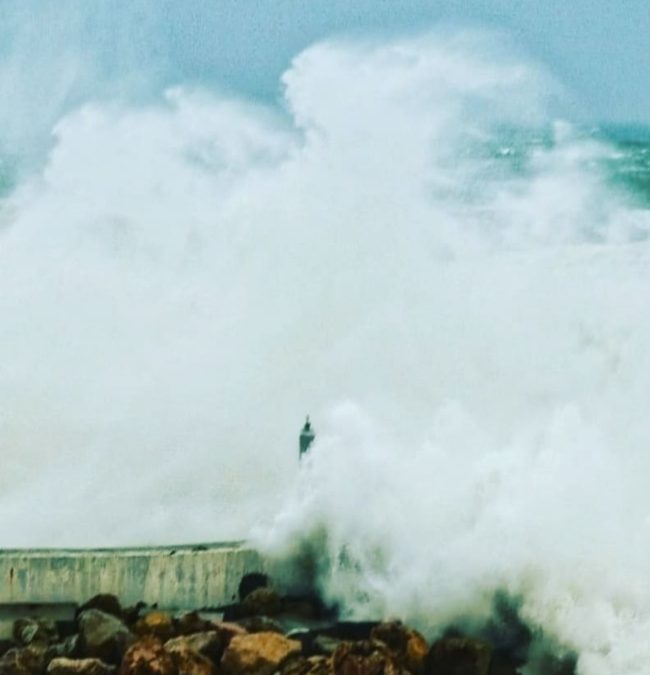 This can occur in virtually all seas and oceans, its appearance depends on water conditions, temperature and accumulation of organic matter, due to the formation of storms that agitate the water with great violence, as in the case of Gloria.

In the Aro Beach Yacht Club, sea foam accumulated in large quantities. A sector of its facilities practically disappeared engulfed by the level of sea foam, caused an unusual image.

On the other hand, part of the breakwater of the mouth has been detached by the terrible force of the waves. Which remains closed until further notice.
In our Municipality, such a spectacular situation was not remembered. With practically all the flooded beaches and important problems on the promenade, where there was a great reduction of sand and sediments and dirt were seen on the coastline.
The Catalan Meteorological Service (SMC) has reported that the storm has left its mark with record records on the Catalan coast.