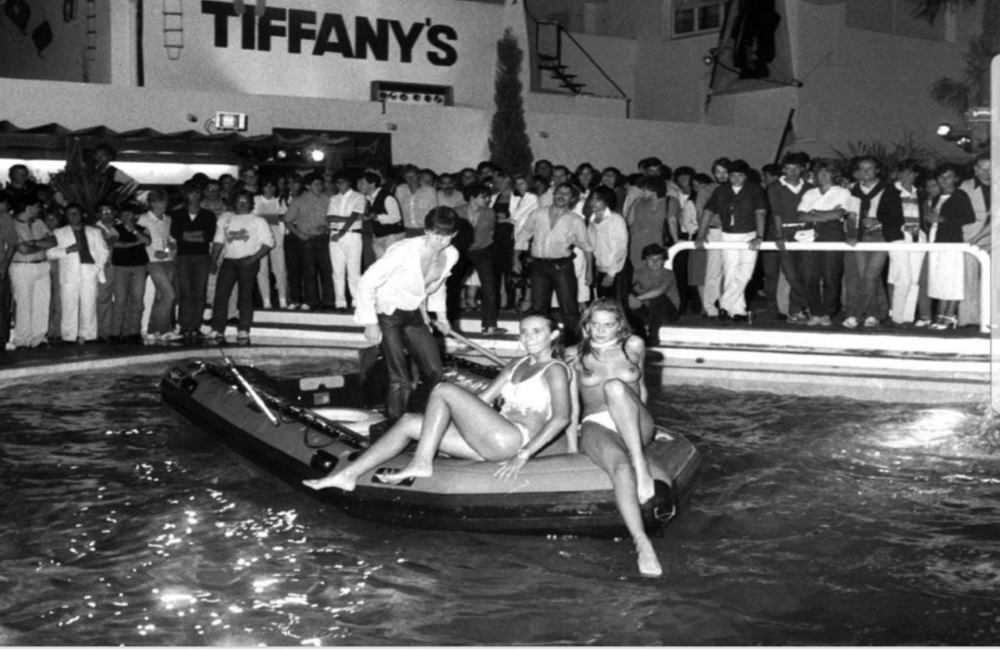 There is a before and after nightlife in Platja d’Aro. In the mid-60s when he began in the nightclub phenomenon of nightclubs, anticipating times of great changes, social ruptures and new aesthetic models.

Half a century ago, women began to dance alone and without a bra in Catalonia to the rhythm of music from the Anglo-Saxon world, with hits from the Rolling Stones. The great movement of pop-rock and black music came to places with great lack of control. Alcoholic drinks in a glass tube, cigarette smoke accompanied the night with incredible gogos animating a track surrounded by psychedelic lights and huge speakers.

The Tiffany´s nightclub opened on June 19, 1965 by Swiss entrepreneurs in Platja d’Aro, two weeks before the Beatles concert at the Monumental in Barcelona. It was the first nightclub to break the classic dance floor concept.

Tiffany’s was an image of tolerance, seduction and disinhibition within the darkness of the Franco dictatorship. It was a pioneer for its modernity. It was a space isolated from outside reality, with a careful architectural design. The place had a tropical garden with swimming pool that they mounted inside, a complete novelty and exclusivity.

An incredible place where the atmosphere, music and light invited to enter another dimension. And of course, there was the attraction of foreigners, who arrived in mansalva, creating a total revolution, Tiffany´s left in Interviú to host the first topless of the Costa Brava.

Being the inspiration for the Pacha born two years after the boom in Sitges, the seed of the empire of the two cherries, which later also had its headquarters in Platja d’Aro. Then begins the revolution of the best nightclubs in the coastal city, Palladium (1966) and Maddox are inaugurated the same year. In these years, in those glorious days 20,000 people could join together dancing in Platja d’Aro, tourists in luxurious cars and Armani clothes.

Platja d’Aro was the best. But at 70, Ibiza began to move and win the game. They were more permissive and the municipality of the Costa Brava began to become popular and thus lose the glamor and exclusivity of the first years.

Tourists commented “this was no longer something special, it became massive,” they began to redirect themselves to the islands. Platja d’Aro turned to the tourist of Barcelona and Girona.

The VIP nights of the 70s gave rise to the hangovers of the 90s, nothing was the same and that also hit the ceiling. If in the 90s the person in charge of the nightclubs pretended to be a neighbor who called the Civil Guard at 7.30 a.m., begging for someone to end the night; now with the Mossos in command at 5 a.m. the closure was thrown out.

Breathalyzer controls saved hundreds of lives, which were put at risk countless times. Not being able to drink and drive like the law of not being able to smoke inside the premises hurt the night, says Toni Mix, who worked in almost all the trendy nightclubs in Platja d’Aro. “Everything is cyclic” they say.